Learn the history and science of the cave

The Black Hills Caverns was discovered in 1882 by gold seekers, however the Lakota Indians located the caverns centuries before. Even now the cave is actively explored revealing new wonders in the beautiful underground landscape.

Only a select few Black Hills residents knew the caves existed, and those that did were careful to preserve what they found. The true nature of any cave is best explored as nature intended it. True to those early visitors to the cave, Black Hills Caverns is free of elevators or escalators spoiling its natural beauty. While walking surfaces, steps, hand rails and lighting have been added to the cave, the tours still give you an idea of what the original explorers experienced, with the cave pathways kept as natural as possible. The Cave Temperature remains consistent between 48 and 50 degrees. 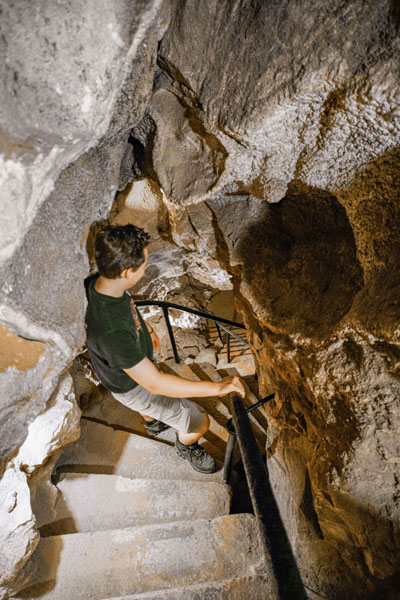 Ready to plan your visit?

Take a look at our affordable and family-friendly options and see which one works best for you! 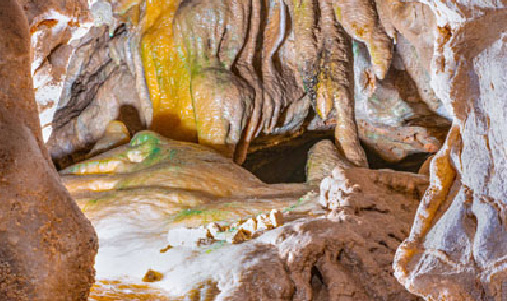 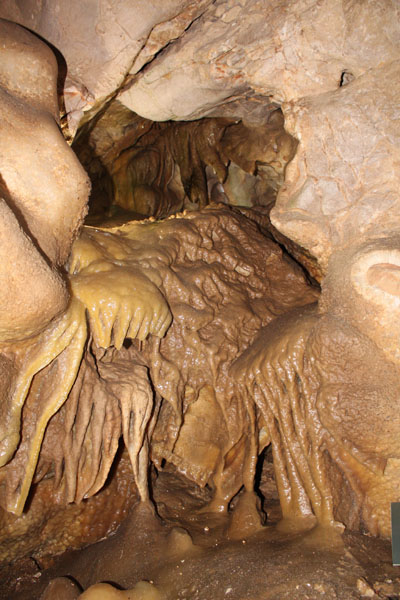 The walls of the Black Hills Caverns consist of two types of limestone (coeymans and manlius) from different periods of the Earth’s early history, as well as a rock known as rondout waterred.

Great care must be taken to protect & preserve these great underground wonders. Caves are non-renewable, natural resources which benefit and enrich our lives in many ways, few of which are: insect control, scientific knowledge, water supply, education, and recreation.

With the exception of a few bats near the natural entrance, moss growing around the electric lights, and bacteria in the underground stream, there is little animal or plant life in the Black Hills Caverns.

It takes many thousands of years for the underground rooms to be formed. The rain water soaks through the soil, picking up carbon dioxide from the vegetation and the soil. Water & carbon dioxide form a mild acid, carbonic acid, which, as it seeps through the limestone forms calcium carbonate. The calcite is deposited as crystals, stalactites, stalagmites, and many formations found in caverns. Scientists believe nature began to slowly craft the Black Hills Caverns six million years ago- long before the ancient, extinct animal known as the Woolly Mammoth appeared on Earth. The Caverns are unique for more than their age and beauty – they are among a very small number of mineral caves int he world.
Learn More About Caves